Why Is Google Investing In Training 2 Million Indian Developers On Android ?

As the internet & LTE adoption is staggering, India has become the 2nd largest smartphone market in the world. Hence, many of the tech giants like Microsoft, Google & Apple are certainly trying everything possible to grab their share of the pie. To rank ahead in the tech race, of late Google has launched Android Skilling program that is recognized to sharpen the talent of 2 million android mobile developers in India for the next 3 years.

By 2018, India is likely to experience the largest number of developers all over the world, with approximately 4 million developers, leaving behind the US. The similar step was taken by Apple as well when it announced to set up a Design & Development accelerator program in initial 2017 to hone the abilities of potential developers in India for its iOS platform.

The Google’s program is considered as the beginning of the world class Android education which has finally reached in India. The Android development fundamental course is to be launched by Google under National Skill Development Corporation of India at various universities & colleges in India. The course would be encompassed with Computer Science curriculum & would be imparted by certified & trained teachers. Those who won’t be able to attend the classes in person, will also be able to get the course material online as it would be an open source course.

On successful completion of the course & after clearing the exam, the candidates would be given with Association Android Developer Certificate that will help them get a better job. The certificate also has a global reach and one has to clear the exam to before becoming an Android developer.

Google’s training partners for the course are: Edureka, Koenig, UpGrad, Simplilearn, Manipal Global & Udacity in order to preserve the staff & the level of the course.

The main idea behind introducing the program is to boost the skills of the growing developer community to make them all equipped to work for Android platform.

WHAT’S THERE FOR GOOGLE

First of all, India is a land of talent, and as compared to other countries that talent is open and available at lower rates. This may be one of the reasons behind why Google & Apple are initiating their skills and development courses in India.

Though, building an Android app is a tough task since a developer has many kinds of challenges to sustain the constant Android fragmentation problem.

Furthermore, India is a developing smartphone market with only 17 percent smartphone penetration. Android has conquered the OS smartphone market in India; with approximately 97% of the smartphone running on Android OS. Google must make Android developers well trained for the more futuristic apps to counter Apple’s struggles to make stronger its iOS developer’s community, as Google wouldn’t want to lose the game, it has just got over Apple in India.

In order to offer free internet to lots of people staying in remote areas, the Silicon Valley tech giant has newly launched its Project Loon in India. One more related project, Google’s free Wi-Fi initiative associated with RailTel, at the railway stations, was deployed by the smartphone OS behemoth, early this year. The initiative may be credited to the fact that Google is competing for the untouched internet population of India which would help in growing Google’s user base. As a most important portion of Google’s revenue is served through ads, the more the number of people staying tuned with Android, more is the revenue over ads.

With Google launching its Android Training Course in India, definitely everyone would be excited to know the main reason behind why Google is investing in training 2 million Indian developers on Android? Google desires to get most out of the rising prospects in the country and is well attentive towards the fast that this could be attained only by firming the whole Android environment in India. 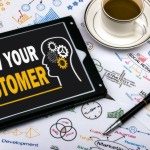 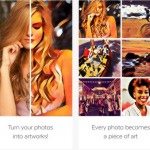