The industry body wishes the Govt. to make CGST and IGST a single taxation point.

On Wednesday Nasscom  said the proposed goods and services tax (GST) Bill was expected to rise the tax points for the industry.

Now under GST regime, it could be as many as 111 points. As you have CGST, IGST and SGST. Companies providing services on a pan-India basis will have to look for registration in as high as 37 jurisdictions—29 states, seven union territories, and the Centre. It becomes 111 diverse tax points when all are put together.”

All the key service sectors would get impacted by the Constitution amendment Bill, believes the Nasscom president. He also said that industry concerns are already brought to the notice of Finance Minister Arun Jaitley. “The minister assured us that these issues will be taken into account.”

Chairman of Microsoft India, Bhaskar Pramanik, said that he is pleased about the passing of GST bill in the Rajya Sabha. Adding further, he also said that it is a positive development and he hopes the government will implement this long-pending change by April 1, 2017. The government’s idea of a single tax regime is vital to improve the way of doing business in India and address the ambiguities of the current indirect tax landscape, being beneficial for the economy, at large. 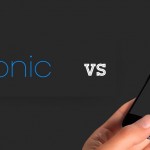 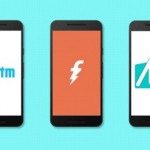