Google Allo App for Android, iOS: A guide to the ‘smart’ app

Today was Allo’s turn for launch, after Google declared Allo & Duo at its I/O developer conference. With Allo, Google is trying combining everything learnt from its previous messaging products with the machine learning intellects. This is the first time we’ll be able to use the Google Assistant.

Knowing that Google is already owning the messaging service which also has video chat, the question is why Google would launch another one. Nick Fox, Google’s VP of communications gave the reason that they wants to place Google Hangouts as its productivity and enterprise service, whereas Allo and Duo are consumer products. One area in which you can see this new method is that Allo & Duo are grounded around your friends’ phone numbers — not Google accounts.

The whole thing is pretty upfront, as far as the core messaging experience in Google Allo is considered. The amazing Allo feature that got the major praise with its launch was the facility to make text look smaller or bigger (to whisper or shout) on pressing & holding the send button and then dragging up or down. This feature allows you to add a bit more personality to your chats.

For its stickers in Allo, Google decided to work with independent artists. Currently there are below 30 sticker packs in Allo. Themes range from a pack that features an alcoholic & moody sloth to ones that show partying marshmallows, Stella the Starfish & Otto the Octopus and a very sad puppy. The style here is more often indicative of some of the edgier animated shows on Comedy Central. All of the sticker packs are available for free.

One can, obviously, send images (and draw on them), dictate text & share location.

It is the integration of Allo with Google’s machine learning smarts & the Google assistant, which make it different.

Google Assistant is more conversational version of Google Now and is taking us to a new level.

In Allo, there are two ways to converse with the Google Assistant (which is officially still in preview) in Allo. We can simply chat with it directly, just like we do with a pal. Or we can get it into a chat by entering @google and asking a question.

On using the Google Assistant for the first time, it introduces itself politely and ask if it can use your device’s location for answering. Similar to Google Now, it lets you ask general questions, tells you the weather and it lets you set timers, alarms & reminders. It can also be used to see the latest news or detailed news about a person or an event (and subscribe to daily updates about them) or ask about flight delays, nearby restaurants. For example, “Show me some nearby sushi restaurants.” “Here are the listings for sushi restaurants within 4 mi.” “Give me directions to there.” And then you get directions. At each step, Allo answers you with some tappable options, too. You can also tell the Assistant things about yourself and let it know your preferences for improved results. Usually, this would result in a conversation with the Assistant, though you do hit upon its current limits pretty quickly. When you ask it a question about a topic it doesn’t have idea about, the Assistant returns is a link to a web site. At such a point, the conversation simply ends.

Although support for the Google Assistant is possibly the marquee feature of Allo, the use of smart replies — that is, the preserved, pre-written responses you may already be familiar with from Google Inbox — is also very exciting. Above all, these work really well. While you are chatting with the Assistant, this will often pull up suitable follow-up queries, but even when you are chatting with a friend, it’ll frequently come up with the correct answer. Considering worst-case situation, in which you may end up having a chat with a friend which is actually just two bots chatting to each other, but ideally, the response you would’ve entered is there by now & you can save yourself a few taps (which is especially useful when you are in a hurry).

Smart Replies also goes well for photos, so when your friends send you photos of babies, you can spare yourself from typing the mandatory “oh, he’s so cute!” All the chats in Allo are, by default, encoded with the standard protocols. Allo also has an Incognito mode. Once you turn it on, chats are encrypted end-to-end & there is also advantage of features like discreet notifications, which does not display the message content in the standard mobile notifications, & message expiration, so your message can auto-delete after a set time that can be set from 5 seconds to a week.

Now why Google didn’t turn these facility on for all by default. It is because when the chat is encrypted end-to-end, the Google Assistant & smart replies just can’t operate as Google’s algorithms can’t get the content of the chats. For certain people, it must be what they want. And given that users do have a choice, probabilities are most of your friends haven’t registered on Allo yet. For those people, the app lets you to send a message to your SMS client for chatting with them, however for Android users, Google is coming up with a new feature called “app preview messages.” Your friend will still get a notification with the ability to respond with an in-line message, just like you would do with a chat app you have installed on Android. The message will also include a link to download Allo, of course.

Still, Allo is a proficient messaging app that gets all its core features correct. 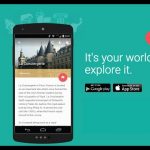 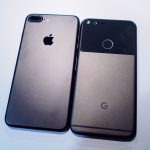