Photo editing app, Prisma, was recently launched on iOS & it rapidly turned into a rage for of its hand sketch-like effects. It has now been made available for Android, too. For now, the app is in its beta version.

To apply for using the beta version on Android, concerned users need to simply sign up for the newsletter, through the available option at the bottom of the company’s home page. All users need to do is to enter their name and email ID. They will get an invite to use the app, after signing up.

But later on Prisma had to close it, thanking people for trying beta for android. They had collected enough feedback before closing it. They will be back soon with an official launch on Google Play, later this month.

The app co-founder also told that the company has some new features in the pipeline too, like the Prisma Video feature, 360-degree Prisma images, & a list of diverse ‘styles’ to convert real life images in to digital arts.

For those who are still unaware regarding the app, the Prisma app “converts your pictures to artworks with styles of famous artists: Van Gogh, Picasso, Levitan, as well as world famous patterns & ornaments.” Users can share the pictures directly on social media networks as well. The photo-editing app wishes to compete with some of the other photo-editing apps like Instagram, Adobe Photoshop Lightroom, Photo Editor Pro, Airbrush and more.
Prisma competitor Adobe is also pacing up its game as it freshly declared certain updates for the Lightroom photo-editing app on iOS & Android. For Android, the app update brings Pro mode under DNG RAW etc. And for iOS users, the updated Adobe Lightroom v2.4 brings two major enhancements – ability to import images clicked in RAW formats, edit those images & Linear, and Radial selections too. 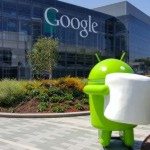 Why Is Google Investing In Training 2 Million Indian Developers On Android ?Blog