Yii and Laravel are the two well used PHP frameworks. Recognised for their developer friendliness, they bring a huge variety of benefits to the developers. Both frameworks are open source. They both have a lot of commonalities and at the same time many differences. The key aim Why Laravel is the best framework is its less coding, expressive syntax and ease of use. Yii framework is well known for its localization and widgets.

In both the frameworks model-view-controller architectural pattern is very helpful. This pattern implements user-interfaces by dividing a software application into interrelated three parts. The communications between model, view and controller are well-defined.

This would surely be tough to respond when one asks which is the best framework of the two? While a developer who is familiar in Laravel would vote for Laravel, likewise, the Yii developer would rally behind it. Both are having some of the best features to their name.

In Yii framework, CRUD operations can be created with Gii, which is a web-based code generator. With the use of Gii generation of forms, modules, models is done rapidly. These operations make it easy to build web applications easily for a Yii Development Services. 24x7Developers is one of the best Yii Web Development Company India.

Laravel comes with amusing set of features. Using the resource controllers, CRUD process is very easier. The Eloquent ORM helps in interacting with the databases. Each model created in the MVC structure associates to a table in the database.

In Laravel, authentication of users is very easier. Yii also has an inbuilt authentication which can also be personalized. ‘User application component’ is an object that implements the Iwebuser interface.

In Laravel databases can be sowed with the data for testing, with the help of seed classes. These classes can have any name.

In the Yii framework, cached data can be put in storage in various media. It is done using different cache components that are offered. Yii supports DB based page, memcache, segment caching, XCache, APC and also has a wonderful caching system. Whereas in Laravel cache requirements include Redis, Database and Memcached.

In Yii, the dependency injection support comprises constructor injection, setter and PHP callable injection and property injection. In Laravel, dependencies are injected at run-time. Automatic resolution or closure callbacks are the two ways over which dependencies can be determined.

Features in Yii framework like scaffolding, role-based access control, functionality testing, input validation, active record, automatic code generation and error handling make it a best PHP framework. Nevertheless, most of these features are also provided by Laravel, which is also the most sought after and a best framework amid Laravel developer.

Depending on the Developer’s requirements, any framework – be it Yii or Laravel – can function as the best framework. When the ease of developing web applications is flawlessly attained, any of the two frameworks can be graded the best. 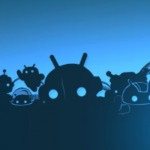 A Guide to Topmost Security Threats in Android App DevelopmentBlog